40 Years of Hyde Hurting Our Communities

September 2016 marked 40 years since the Hyde Amendment passed. Abortion funds all over the U.S. didn’t let it go by without a fight, joining other All* Above All partners to hold a week of action for abortion coverage.

“Hyde hurts our clients and their families – primarily Medicaid recipients and uninsured folks – because it forces them to pay out of pocket for a procedure that should be recognized by our government as a basic human right and basic form of medical care.” Read an article featuring Lilith Fund on the Hyde Amendment.

Preterm launched a storytelling project “Humans of Hyde” for communities to share how Hyde has impacted them, which was covered in Rewire!

Many other abortion funds held local events or participated in social media campaigns. The week of action highlighted the local policy advocacy, artistry, and organizing power of this network. Now, that is what we mean by #BeBoldEndHyde!

“The groundswell you’re seeing now and the broad-based support [to repeal Hyde] is definitely not accidental,” said Yamani Hernandez, executive director of the National Network of Abortion Funds. “It’s been a specific strategy of the campaign to make inroads across movements, [especially] the economic justice movement. There’s been a parallel groundswell on fair wages, the realization of what poverty really means for people. And that’s raised the consciousness of the public and our lawmakers that it’s no longer just a question of keeping abortion legal.”

In this Vox piece, our ED weighs in on the important connections between reproductive and economic justice.

“Hernandez is the only black woman leading a national abortion-specific organization. She considers that progress, but she wants to see more . . . Hernandez said it’s important to have women of color leading the activism so other women of color can see ‘this is not just for white women. This is for all of us.'”

Our ED, Yamani Hernandez, spoke with Elite Daily about the Hyde Amendment and the intersection of racial justice and abortion access.

“The specific moment that stands out to me when I think about why I’m fighting to repeal the Hyde Amendment is a pregnant and already-parenting student who couldn’t afford abortion and was willing to orchestrate being physically attacked to end her pregnancy,” she says. “She felt it was easier to get beat up than find the money for an abortion.”

Our ED, Yamani, in Bustle speaking about one of the many reasons why we fight so hard against onerous abortion restrictions like the Hyde Amendment.

Our Executive Director Yamani, plus All Above All and Colorado Organization for Latina Opportunity and Reproductive Rights weigh in on the effects of Hyde on the communities we work with in this Rewire video. It’s past time to #BeBoldEndHyde. 40 years of injustice is 40 years too many. #United4Coverage

“For four decades the awful burden of the Hyde Amendment has fallen hardest on people of color, low-income families, and youth. Every day on the hotlines our funds hear from over 100,000 people who have to make impossible decisions, like choosing between paying for utilities or for their abortion care. Every day we must turn people away. And every time that happens our resolve is strengthened to end the bans on abortion coverage and other restrictions that make our work necessary in the first place.”

“[T]here are approximately 65 million people enrolled in Medicaid, many people who are [otherwise] uninsured, and 42 percent of people having abortions are low-income.” She details how these women are unable to pay for food, rent, and other essential expenses (also risking their jobs and traveling long distances) in order to secure out-of-pocket abortions. This, Hernandez believes, is a denial of “constitutional and human rights because of their race, income, or zip code.” 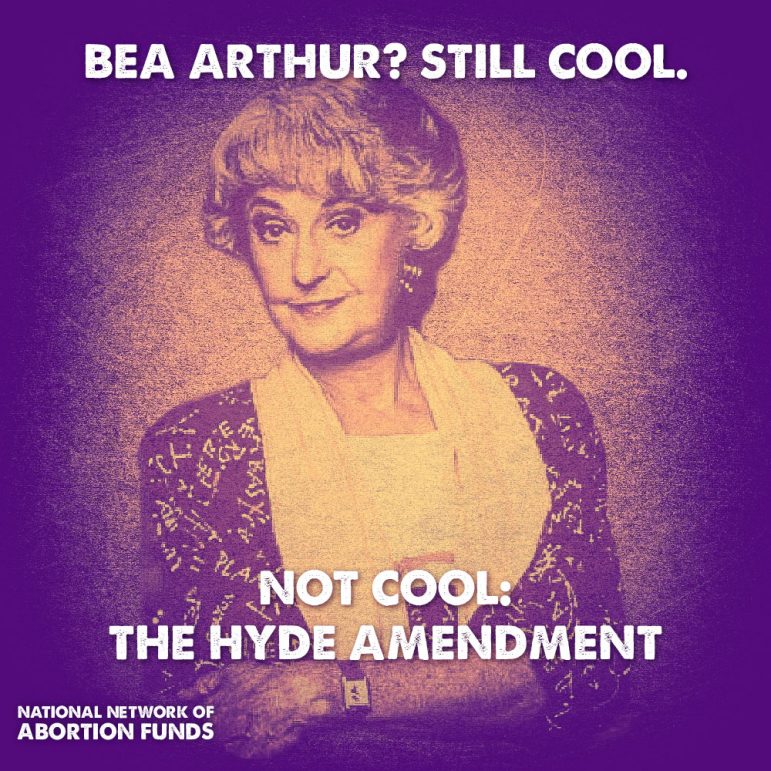 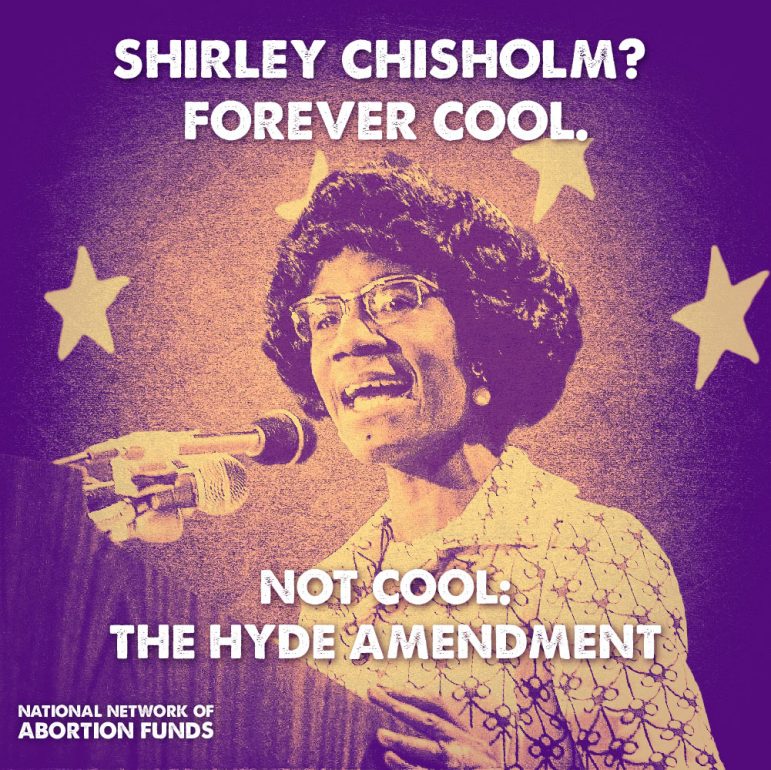 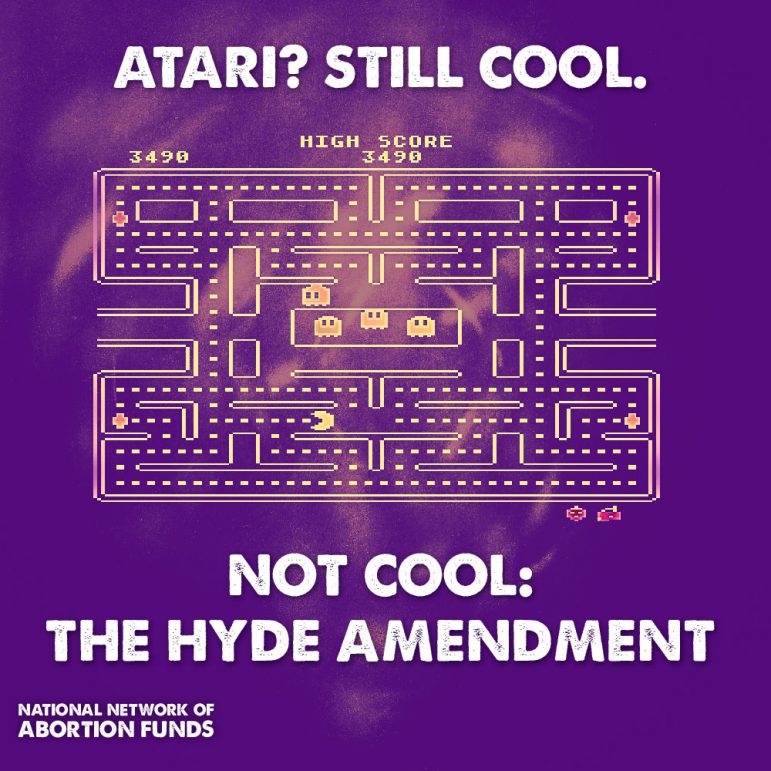 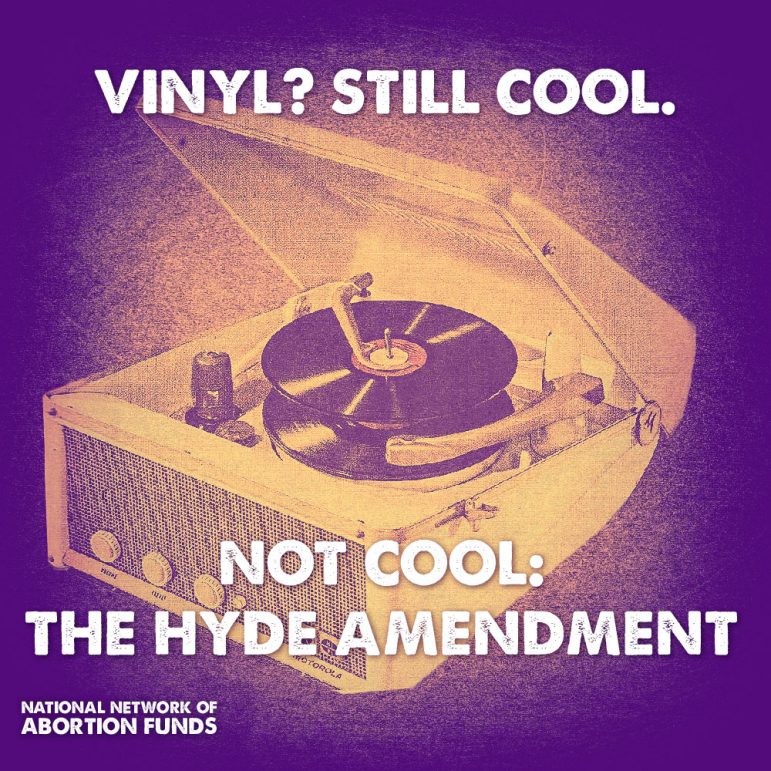 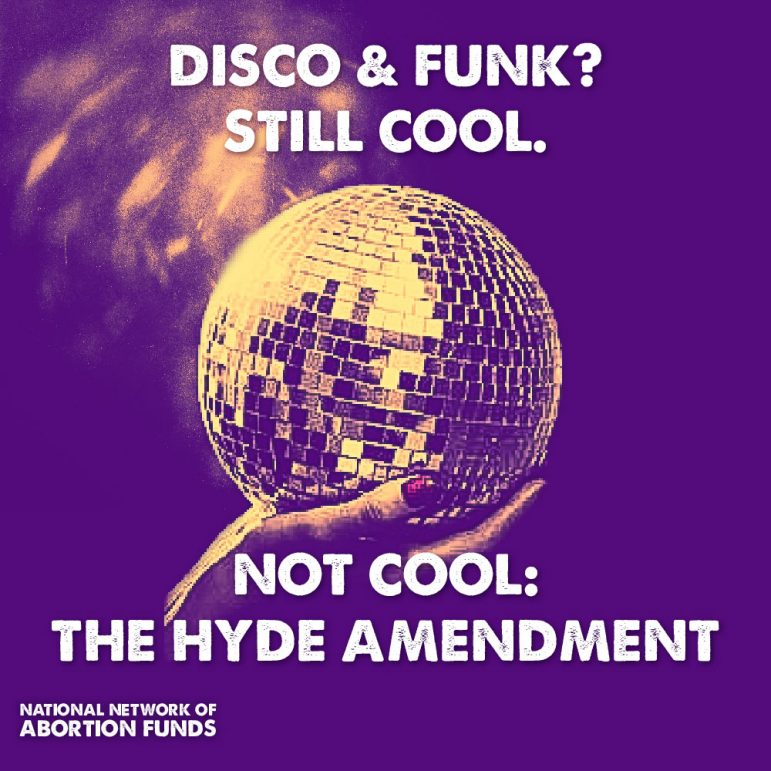 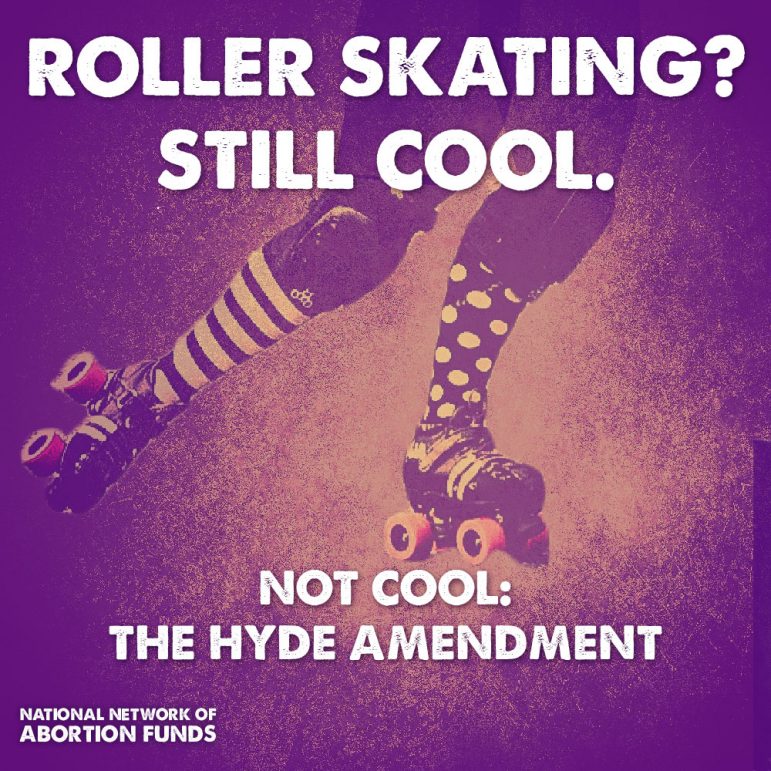 Learn More about the Hyde Amendment

Remembering Rosie Jiménez, honoring her life through our work

On October 3, 1977, Rosaura Jiménez died in Texas of an illegal abortion, becoming the first known woman to die because of the Hyde Amendment, which eliminated federal Medicaid funding for abortion. Congress first adopted the Hyde Amendment on September 30, 1976, but it did not go into effect until August 4, 1977. Within just […]

Have you been waiting for the other rental shoe to drop? The total numbers are now in from this spring’s National Abortion Access Bowl-a-Thon, and we are bowled over: In the largest event of its kind, activists this year went balls out, breezing past goals to strike Hyde: Together, you raised over $553,000 for abortion […]

The Stories That Stay With Us

On May 1, Yamani Hernandez will join the National Network of Abortion Funds as Executive Director. NNAF mobilizes its base of nearly 100 member abortion funds to eliminate economic barriers to abortion for low-income women, women of color, girls, and transgender and gender non-conforming people across the United States. Yamani has been a tireless leader and spokesperson in the […]

Thank you for Honoring Stephanie Poggi

We’re deeply appreciative to Stephanie Poggi for her last twelve years of dedication and vision as Executive Director of the National Network of Abortion Funds. Under her leadership, we’ve been a continued force for reproductive justice. We’ve expanded our network of members, supporting new Funds and the growth of established Funds. We’re a leading voice […]

Our Statement of Solidarity with Baltimore Protestors

The National Network of Abortions Funds is in solidarity with Baltimore, and communities across the country who seek safe and equitable neighborhoods for their families. We know reproductive justice is predicated on the ability to have children if, when, and how you choose, and critically, to be able to raise those children in an environment where […]

ALL* IN for the Each Woman Act

The EACH Woman Act, introduced by Congresswoman Barbara Lee (D-CA), Congresswoman Jan Schakowsky (D-IL), Congresswoman Diana DeGette (D-CO) and Congresswoman Louise Slaughter (D-NY), over seventy Congressional Co-Sponsors and with the support of thirty-six women’s health, rights, and justice advocacy organizations, ensures coverage for abortion for everyone, however much they earns or however they are insured. We […]

We Rebuke the Colorado Springs Attack at Planned Parenthood.

We are outraged by the overwhelming hate and continuous violence targeted toward those who seek and provide abortions. Planned Parenthood in particular, and abortion providers across the United States, have been targets for violent extremists who seek to take away bodily autonomy and reproductive power. As the dishonest rhetoric ratchets up, threats have not only […]