For years, access to abortion has been under assault across the nation. Despite last year’s Supreme Court win, there are now seven states with only one abortion clinic. While we know the Republican Party leads the charge to restrict abortion rights and shutter clinics, they do not do it alone. Anti-abortion Democrats are there alongside them. As Democratic Party leaders plan for the 2018 elections, we cannot stay silent as they welcome anti-abortion politicians to further erode access. This isn’t a hypothesis — every day, abortion funds hear the negative impact on callers created by anti-abortion politicians, from both parties.

We are strong in our conviction that politicians should represent the people and our needs, including people who’ve had abortions. The Democratic Party, and all elected officials, should be committed to supporting abortion access for everyone.

A few days after we sent Rep. Pelosi our letter, more Democratic Party leaders expressed their support for welcoming anti-choice politicians. NNAF and abortion storytellers from We Testify went out in full force, speaking truth to power about the impact that anti-abortion politicians have had in our communities. Here are a few of our media clippings: 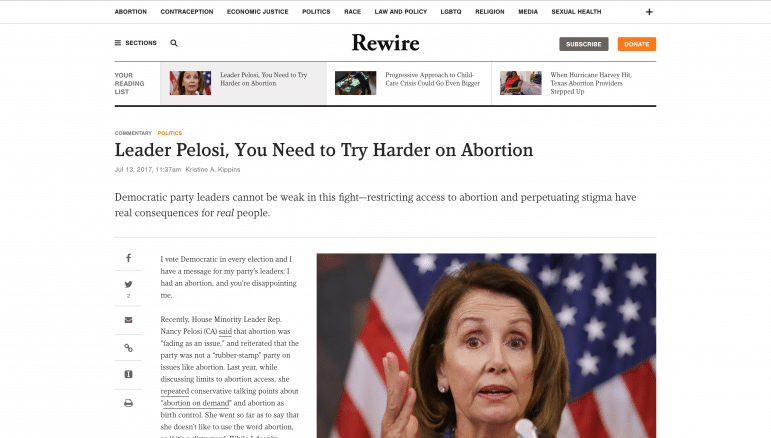 “How can we say we’re the party for women, youth, the LGBTQ community, immigrants, people of color, families, the middle class, and the working poor when we support candidates whose anti-choice, anti-autonomy, anti-health, anti-dignity policies fly in the face of the advancement of those communities and ideas? It’s not enough to simply show up when the votes happen. We need elected officials who speak out for people who have abortions with respect and compassion and vigorously defend our need for abortion access.” – Kristine Kippins, We Testify Abortion Storyteller, in Rewire 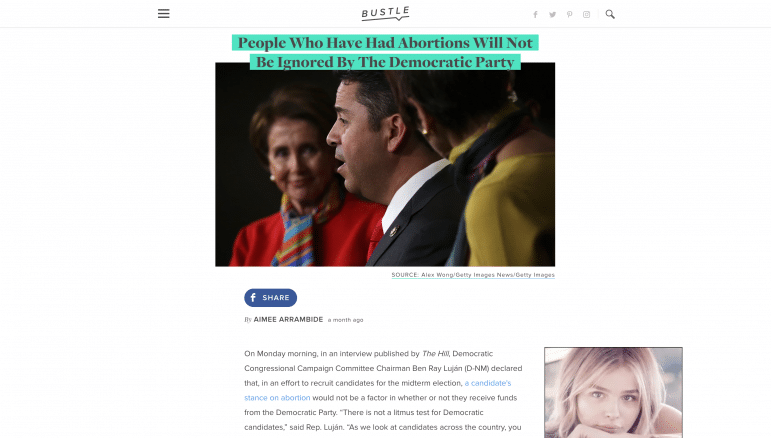 “We cannot wait for more advantageous times for Democrats; we cannot make space for legislation or lip service from any politician who does not consistently stand with us in regards to our basic bodily autonomy, and that includes the words they choose to use around the issues of abortion and healthcare.” – Aimee Arrambide, We Testify Abortion Storyteller, in Bustle 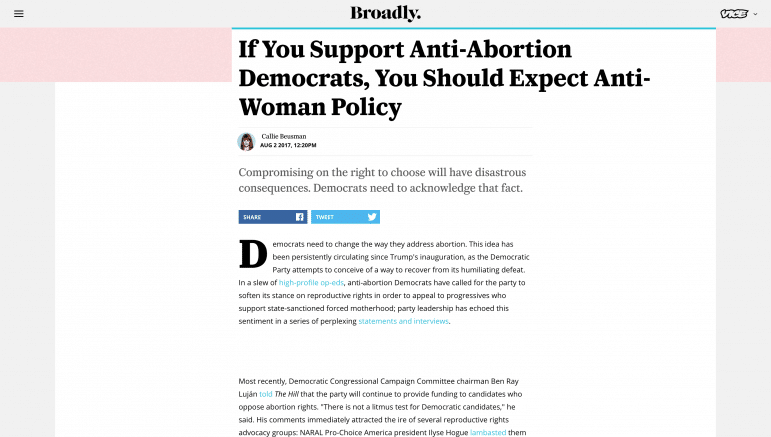 “We have so many anti-choice Democrats in state houses… [who] have really been helping to pass a lot of the anti-choice restrictions that we see today. We didn’t get to seven states with one abortion clinic with just the Republican Party. There were Democrats that helped.” – Renee Bracey Sherman, We Testify Senior Public Affairs Manager, in Broadly 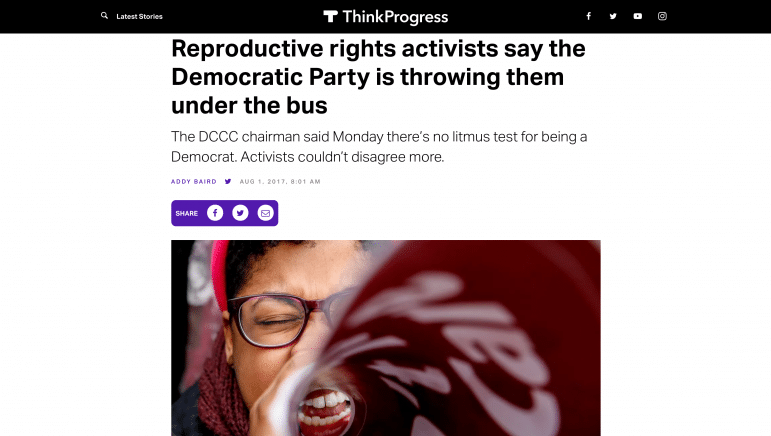 “This announcement [by Rep. Luján] today falling on Black Women’s Equal Pay Day is rather ironic, that they are fighting for economic justice for black women but in such a narrow way. Abortion is part of this equation.” – Kristine Kippins, We Testify Abortion Storyteller, in ThinkProgress

“To think that abortion access isn’t inextricably tied to every single thing the Democratic Party says it stands for is foolish.” – Candice Russell, We Testify Abortion Storyteller, in ThinkProgress 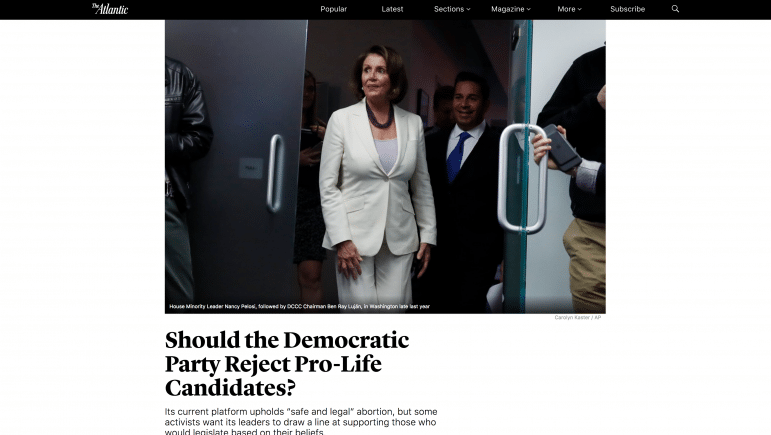 “We were excited to see the repeal of the Hyde Amendment included as part of a political party platform, and to go from that to now seeing the Democratic Party trying to appeal to people who support anti-abortion restrictions is a huge concern for us.” – Yamani Hernandez, Executive Director, in The Atlantic 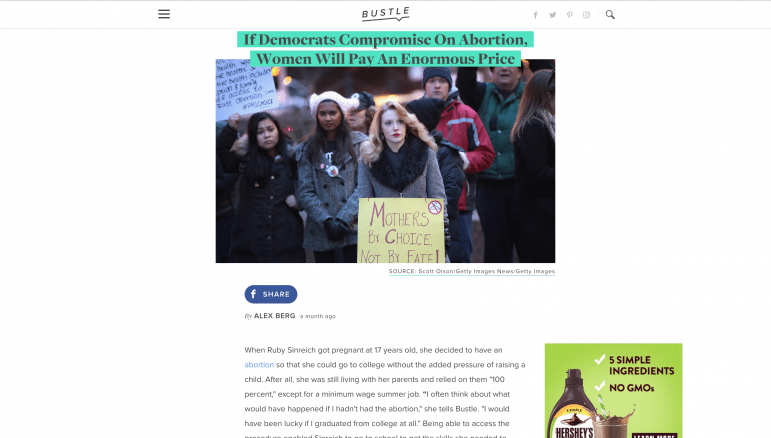 “We do hear about people that have to choose between rent, food, and care for the children that they have, in order to afford their abortions.” – Yamani Hernandez, Executive Director, in Bustle