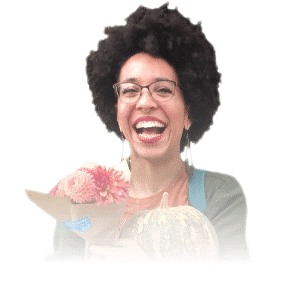 “I was a caller, and a year later there were a bunch of new anti-abortion legislation happening in North Carolina. I invited CAF to come to a teach-in I was hosting in response to the new policies,  and got invited to apply for an internship by Anise Simon, who was then a Carolina Abortion Fund board member (and became an NNAF staff member). After being involved for a year as a helpline volunteer and board member, I applied for and was hired as the fund’s first staff person.” 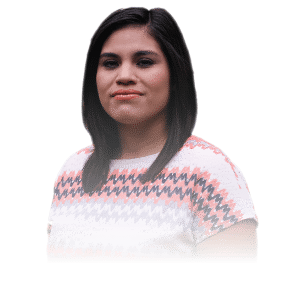 Samantha Romero is board chair of West Fund in El Paso Texas and was in the first cohort of We Testify abortion storytellers. She’s been making waves with her storytelling every since, and says:

“West Fund is different because we’re on the border, and it’s really brown. When I got involved, I was still new to the world of abortion funding at West Fund, and it felt like people who had been in the network had established relationships. We Testify was my entry point to building relationships in this network. When I joined We Testify as a storyteller, Renee [Bracey Sherman] didn’t ask us to share our stories immediately. She told us we didn’t even have to share if we don’t want to, and that we are more than our stories. I am privileged to have that relationship with the first cohort of We Testify storytellers, and now with Movement Makers. It’s like lightning struck twice!”

How would you describe this network of abortion funds?

Sam: “This network is in a minority in the [abortion access] movement as a whole, and we are small but mighty. It gets to the heart of why these relationships are important – holding each other accountable, making each other stronger, supporting each other. If we’re not collaborating, communicating, and building this network, we’re not going to be able to see our history, how much we’ve all grown, and impacted the work we’re each doing.”Mars: “I feel so deeply invested in collective liberation from these relationships. I am so blessed that I can show up in what feels like any city across the country, and I know someone who is down, who will open up their home, feed me, day-to-day doing important work with each other. When I think about other abortion funders in this network, I think to myself, ‘I see you, I know you, I feel less alone.’”

What does it feel like to talk to people about your abortion funding work?

Sam: “Being an abortion funder makes me feel radical, and I love it. We’re doing work around the probably most controversial issues we’re facing, not shying away from it, we’re going to talk about it. People who know me know I’m down with abortion, I share my story, and I’m doing good work with West Fund.”

Mars: “I’m someone who’s chosen to have an abortion, going to be a parent one day. I hold all these pieces, and they don’t conflict.”

Mars: “In a really practical sense, the tool-building and practices that we’ve done have been a great experimental lab, from leadership pipelines to conflict transformation. As an abortion fund leader, I appreciate that Movement Makers has offered space to practice those skills without assuming whether or not we came in with that knowledge or organizing experience It has also been completely life changing for the Carolina Abortion Fund in the ways we show up for our callers and for each other. Movement Makers has been beautiful, and I’ve been privileged in how i’ve been able to show up for my fund and for myself. I can bring learnings back to my fund and be a conduit for folks locally to the rest of the network.”

Sam: “As someone kind of new to my fund and NNAF, it was great to participate in Movement Makers and hear what other funds are doing, and other struggles and achievements, and that’s a lot of what I didn’t know before.”

After participating in regional convenings and the Network Movement Building Lab (NMBL), how do you see this network growing our collective power?

Sam: “It just makes sense that we can’t do this alone. NMBL has made it easier to have conversations about privilege, capacity, the work we’re doing because we have the language, a new collective understanding about power. After being a part of NMBL, West Fund is now doing more and more to work with our partners in New Mexico since we’re sending more than half our callers there. I tell them: ‘You should join NNAF, you should join in on our values and best practices. We can show up for each other.’ Because systems of oppression and the way that capitalism has created a competition culture that collaboration actively defies, and goes counter to that, is very radical and special for us to build collective power.”

Mars: “What Sam said resonates with me too. From a direct service perspective, it would be irresponsible not to spend time together and really understand the work our individual organizations do. We’re able to collaboratively strategize to improve and streamline processes for our callers, especially as we send them between states. To be able to honestly support a caller through their abortion journey with a network of people you know and trust is a massive commitment to removing barriers for our callers. I’ve also learned so much from everyone in this network because of the other movements they are also involved in, like housing justice, environmental justice, people bringing all that knowledge. When we got together in NMBL, we might have known each other through online communications, but not face-to-face, and now they are some of my best friends and people!”

What are your hopes for culture change in the abortion access movement?

Sam: “We’re creating a new generation of leaders to contribute to culture shift. NNAF has provided me and West Fund with resources, and it makes investing in leadership more possible, which makes our work sustainable and worthwhile. Culture change looks like a strong base who comes out to vote, and supporters who talk about abortion. [Culture change campaigns] make our voices stronger. I think of social media and how having a cohesive message is so important when you’re having these conversations.”

Mars: “I really want there to be more space to act on the kinds of amazing creativity that abortion funds have. Abortion funds are already doing ingenious things to respond to their communities needs – moving through scarcity, being on the ground and invested in community, providing practical support – I think they’re spaces with a lot of adaptability when we can move beyond the constant, urgent need for more money. We need to be able to keep our heads above water so we can respond to need and serve our people in holistic ways.”

Sam: “I have appreciated the process we’re going through to build values alignment for membership. It sends a clear message about a person or organization’s values and what they’re willing to do for this movement to make sure we’re on the same page with shared understanding and expectations. For me, that’s what leadership and culture change look like.”

Mars: “The National Network of Abortion Funds shows what can happen when Black women are in charge — why leadership should be queers and femmes and leaders of color. With Yamani’s leadership, there has been a radical shift that shows in the impact we’ve had on people in such short time.”